Two ‘Ticks’ on the one night! Speed dating, and Break a World Record – Tick!

On May 1, 2012, I headed, rather nervously, to the Coffee Club in Mooloolaba, for….well I had NO idea what I was heading myself in for!  But, this is what a ‘Tick’ on the List is all about…heading into the unknown, facing a fear (I was feeling quite confronted and nervous with the possibility of some men on the night, maybe not liking ‘having to sit and talk to a woman in a wheelchair, for their speed-date’)….and doing something which Id been curious about for quite a while now.  Bring it on!

I arrived at the venue, waiting for my friend to turn up, giggling to myself ‘WHAT the hell am I DOING??’ – as the venue wasnt set up for the Event yet, there were a few of us, standing, or slowly walking around, obviously checking each other out, waiting for the night to get started.  Before long, action started to happen, the venue was being set up, and we were sat down at our tables (over-40s on one side, and under 40s on the other), and told how the night was going to be run – we were to have at least 20 ‘5-minute dates’  – with a quick scan of the venue, there was an obvious lack of over-40 men.  We were told that if there was no one in front of us (the men were meant to go from chair to chair, along the line of tables – but the lack of men would mean that this wouldnt be possible), we could ‘date’ the same sex, or the other opposite age group.  Hmmmm….this was either going to be a very interesting evening, or a complete disaster.  I was to find out that it was a mix of both..

After lots of laughter with my friend, and another couple of women we know….and a guy sitting next to us who we both recognised – at 630pm, *Ding-ding* went the first bell…we were off on our dates! After the first few ‘dates’, I started to realise, ‘this really isnt for me, this speed dating thing’, it just didnt do anything for me (I went so far as to find myself thinking ‘Id rather be curled up on the couch watching Packed to the Rafters’ – and thats saying something, as I just dont watch a lot of TV these days!) …sure, some of the men had ‘somewhat’ interesting things to say, but it was just basically ‘small talk’ and nervousness from them, some of them were obviously uncomfortable ‘having to’ interact with someone with a disability – and besides, in 5 minutes, you just dont have time for any kind of in-depth conversation.   Honestly, it felt like the kind of conversation you have with someone when waiting in a bank queue or waiting for dinner at a takeaway shop or something.

Until – we started to run out of men in our age group, and the younger men started to be sat in front of us.  Complete constrast of conversation, it was amazing (I mean no offence to any men who are in the older age group who may be reading this, but there really was a stark contrast in the conversation).  The younger men were definitely ‘there to impress’ – talking up their life plans, eye contact, actually talking about interesting topics and making sure they included me in their conversation.  One young man in particular, a 25 yr old….he had his life planned out in front of him, what he was doing now, where he was going, what he will be doing…it actually was awesome to hear this, from someone his age – as I said to him, thats impressive that he has SO much direction in his life already.  I went so far as to think ‘the young lady who ends up with him is going to be a lucky woman’, he really was *so far* the ‘pick of the bunch’ of all the dates I had had, to this point.  Sadly…25 years old is just FAR too young for this 42yr old..haha…. 😉

A few dates later…some of them females…some of them sitting completely on my own for 5 minutes…yep, you guessed it, we had started to run out of men lol…and things suddenly turned rather ‘interesting’ – here, right in front of me, was my HUGE learning curve for the night.  My friend had a rather nice looking guy (our age) sitting in front of her….I knew I was next, and I remember thinking and smiling to myself ‘Hmmm this is going to be interesting, he’s kinda cute’…*Ding-ding*….he got up from his chair, looked over to where he was meant to be headed next (to me, as next in line), put his hand on the chair as if to pull it out to sit down.  He then glanced over, obviously saw my wheelchair, and instantly took his hand off the chair and walked around the chair, to the next, giving me a very deliberate wide berth.  The ‘old me’ would have been quite upset at that, and felt rejected – but my instant reaction was to look him straight in the eye (so he knew I had seen what he did) and think ‘Mate, I wouldnt want to date you anyway’.   The ‘cutest guy in the room’ suddenly turned into (for me), ‘the ugliest guy in the room’.  It was such a moment of clarity….the very thing that was confronting to me, coming into the Event, was the very thing that taught me just how much I have changed recently.  And it felt AWESOME.  I was to find out in the days after the Event that this happened at least once more (a guy giving me a ‘wide berth’ after seeing the chair) – but I didnt see the second guy do this to me.  And honestly, it didnt even bother me, when I heard about the other guy.  *Shrug* “Oh well, if theyre going to be like that, theyre not my type of man anyway”.  Im often avoided, and not considered ‘date-worthy’ because of my disabilities..its just something I’ve come to accept over the years…but this was one of the biggest, most blatantly obvious times that a guys reaction was put right in front of me.

Soon after, I was to find myself sitting across from a lovely guy by the name of Michael.  Michael was by far, the best looking guy in the room…the ‘difference’ between him and the rest of the men in the room was that he was in a motorised wheelchair.  Of course, this didnt phase me one bit….and after chatting with him for maybe a minute (and realising that he had had similar experiences to me, with the ‘wide berth’ moment, and people just talking about our chairs, and not about ourselves), I started to think…’dammit I wish this was longer than 5 minutes’ – his character, personality, and sense of humour was just awesome.  He was very quietly spoken, so with the many people around us, and the rain falling hard around us (we were in an outdoor venue), unfortunately it was a little difficult to hear him speak in our conversation, but we had some laughs and nice chatter, before the bell went off again – and we moved on from each other. I admit I was a little disappointed, he really was the best ‘date’ I had had, all night – I think part of that was, when you have a disability, you have that ‘seed of familiarity’ between you….but ‘disability’ doesn’t automatically mean ‘compatable’.   As Michael left, the thought of ‘well at least the night wasnt a complete waste of time’ crossed my mind.

I then had a ‘foot in mouth’ moment with my next (and last) date – a young, well-spoken guy with a great sense of humour.  At the end of our date, we were talking about how the evening had unfolded, and I just looked at him and said straight out “Yeah, well I didnt really meet anyone that great tonight”  – we both just burst out laughing, me apologising profusely as I had realised how bad that had sounded!  The poor guy…haha… *What I meant was “I didnt really meet anyone who I ‘clicked’ with”…but it came out sooo wrong…haha…oops* At this point the Event was starting to wind up.

After having dinner finally at 830pm, a few laughs with my friend and another couple of women who joined us..we headed towards our cars. In a way, even though I will never put myself through that again – Im glad I didnt stay home to watch Packed to the Rafters, like I had thought earlier in the night! 🙂
#111. Speed Dating…√ Tick!
#91. Break a World Record (as part of the crowd)… √ Tick!Anything is Possible…on a 5-minute date! 🙂

#11. Grow a successful edible garden, without killing it! – Tick! 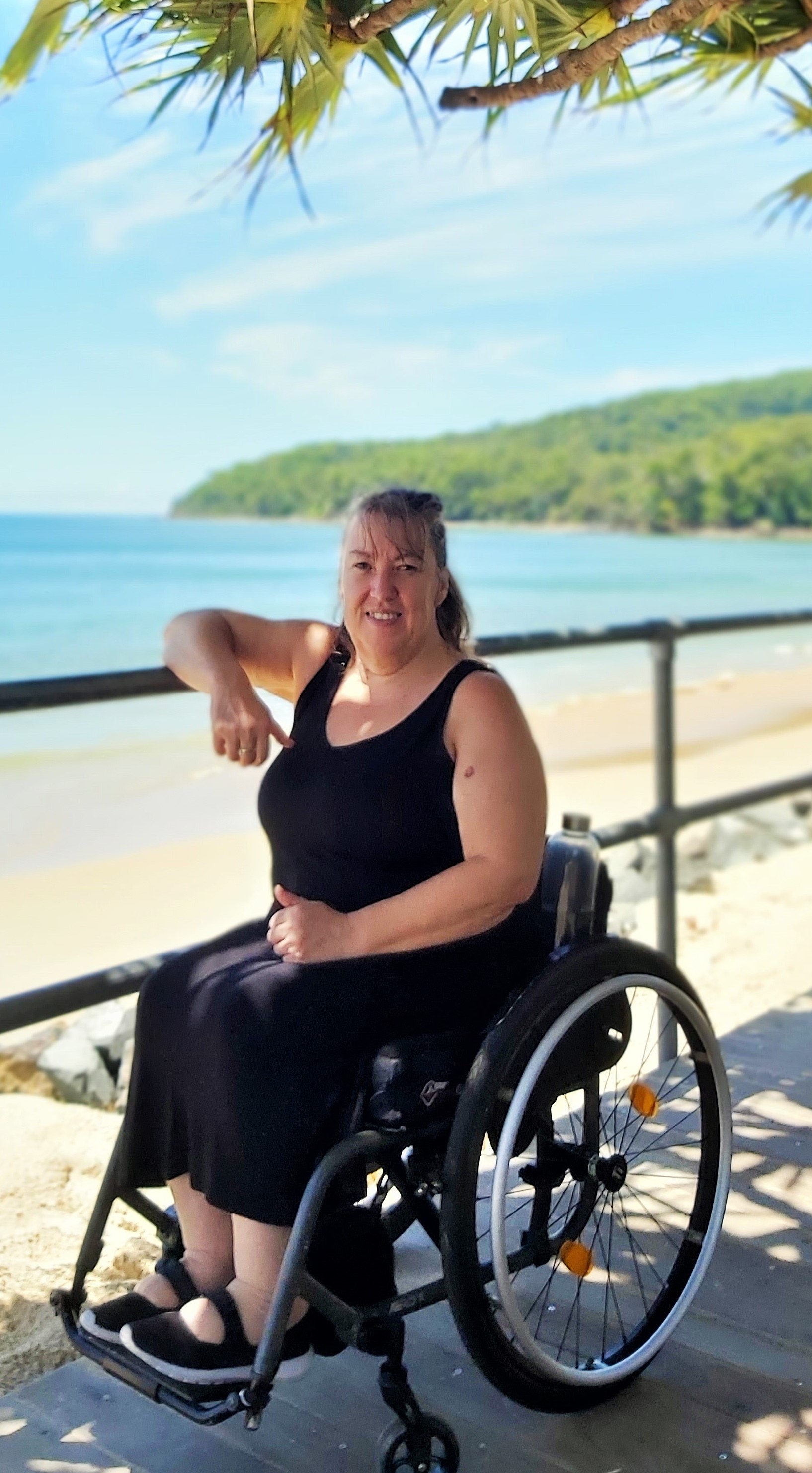 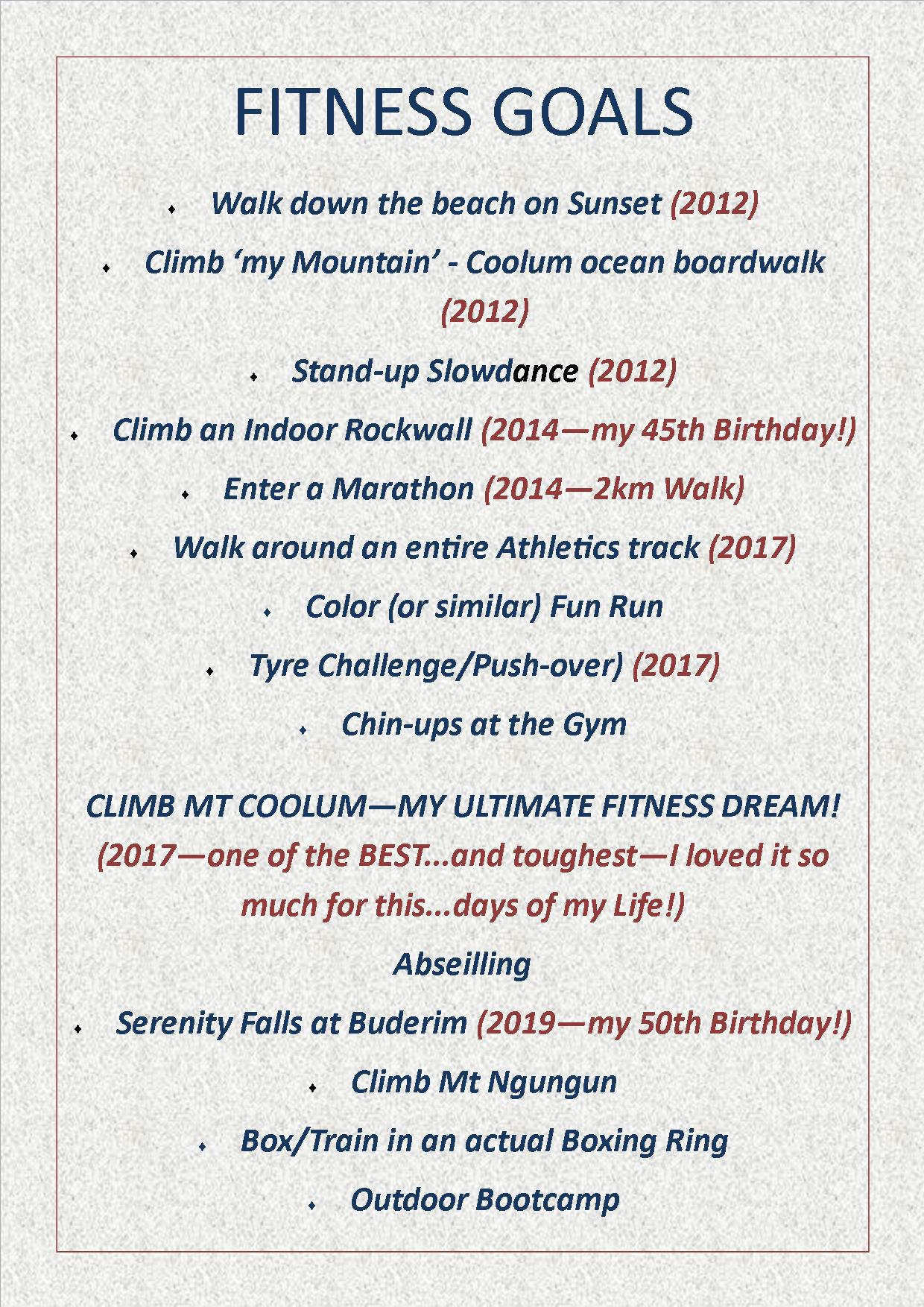