“Ladies and Gentlemen, this is Captain Tarns speaking.  Welcome to Flight TS17…

Get in, Sit down, Strap up, and HANG ON…because you’re about to have one helluva flight!!” haha 😉

I have always been fascinated with flying (well, with my upbringing being around cars/the racetrack – I’m fascinated with anything with an engine really – especially big beasty/thrusty engines, speed, and power!), and I absolutely LOVE being a plane passenger.  On takeoff – when the pilot starts up the powerful engine, and thrusts the plane down the runway at fullspeed, heading to lift the plane off the ground into the sky – LOVE that!  If I could be a ‘professional passenger’, I would be in heaven! haha

After recently hearing that there was a new Flight Simulator business opened up in Mooloolaba on the Sunshine Coast, I was excited – I had wanted to have a go in a Simulator for a very long time….and here’s my chance.  My anticipation of wanting to make this happen heightened when I saw a photo of my personal trainer Mike, in this very simulator, and hearing from him how awesome the experience was.  That was it, I was going to head to Sunjet Simulations as soon as I could fit it into my schedule!

On the morning of Saturday 11th June, I headed over to Mooloolaba, butterflies in the tummy, and my heart beating just a little bit faster…this was my first ‘shot of adrenaline’ and anticipation which many of my bucketlist Dreams give me, for many months after I had to step back because of recent health issues.  I was SO excited…little kid excited, even…and this was just knowing that I was going in to talk to Patrick, owner of Sunjet Simulations regarding the possibility of booking in ‘one day soon’ for a session – little did I know that literally within minutes of meeting him he would say “So did you want to give it a go right now!” …Absolutely, BRING it on! haha

Within minutes, I was sitting at the controls of a replica Boeing 737-800 cockpit – the controls are very realistic, exactly what you would see in an actual Boeing 737-800 aircraft (right down to the Life Vests on the back of the seats), it was amazing sitting there, holding onto the ‘yoke’ (the steering column) and having all these buttons, levers, lights and controls right in front of me. Truth be known (here comes the little kid in me again haha), I was sitting there before take-off and listening to my co-Captain Patrick’s instructions, mischieviously wanting to touch and play with all the buttons!

My flight was to be from the Sint Maarten airport, in the Caribbean (that’s another ‘Dream’ of mine, to go to the Caribbean, so I was there…in a way!), cruising out over the ocean/the islands for a bit, then looping back in to fly into the airport over the beach.  The airport simulator was so realistic, down to seeing buses and other ‘traffic’ driving around the airport through the aircraft windows, as you sat there at the Gate/Terminal before takeoff, and  beautiful coastal houses etc lining the runway.

Next minute, the engine was started (this was so realistic, down to the noise, the thrust, and even feeling the movement under/around us in our seats), and I was thrusting this ‘aircraft’ down the runway, ready for takeoff!  Funny thing was – I had more trouble keeping the plane straight while I was on the ground, than when I was in the air – this was slightly different than controlling a car! haha I kept heading it sideways towards the grass….must be the race/car enthusiast in me, heading the plane for a little  bit of rallycross! 😉

Before we knew it, we were in the air, the ground getting further behind us with each passing second – we were heading for 8,000ft.  I thought I would get so confused with all the different controls, and things I had to remember – but, along with having co-Captain Patrick right beside me (dual controls, just in case!), once we were cruising up there, there really wasn’t a lot I had to remember as long as I kept an eye on the numbers, needles on the different controls etc – it is mainly on takeoff, and on descent for landing that you really have to have your mind on the  ball…otherwise you’re in trouble!  At least in the Simulator you cant ‘crash the aircraft’ (although secretly, I wondered what it would be like to ‘crash the simulator’ – because at least you wont actually damage an aircraft in the process!)  Apart from banking too far to the left and almost heading into the ocean sideways (oops!)…and my rallycross effort along the runway grass – I was told that for my first flight, I did great! Wow..I now have an idea of what it is like to fly one of these magnificent machines! 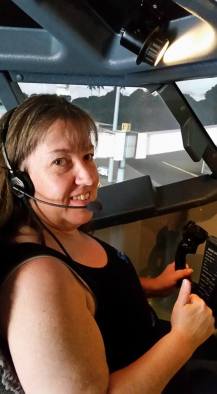 The adrenaline was still in me as I got to my car a little while later – it was a similar feeling to when I climbed into my car after my first V8 Supercar Hotlap on that amazing day back in August 2011 – I had to sit there for a minute to let the adrenaline pass a little, as I still had the feeling of ‘being up in the air’ inside of me.  It actually gave me much more of an adrenaline shot than I thought it would!  This experience is so realistic, it really does feel (visually, and inside of you) like you are actually in a cockpit of an actual aircraft.  These simulators are a brilliant tool for trainee pilots too – Sunjet have had a few trainees come in, to get the ‘next best thing’ to practicing their flying in an actual aircraft in the sky.

If you have ever wanted to experience flying an aircraft (or if you are training to be a pilot and would like more practice) – a Simulator is such a brilliant way to do it.  Sunjet Simulations also has a ‘Fearless Flyer Program’ for people with a phobia of flying.

Thank you so much Pat, my ‘co-Captain’ and owner of SunJet Simulations (located at 127 Brisbane Rd Mooloolaba), for allowing us to experience this, through your Simulator, and for being such a great, fun instructor too! 🙂

ANYTHING is Possible…when you are flying at 8,000ft!

Smashing a Goal…of a different kind! (Chasing my Dreams is going into (temporary) hibernation!) 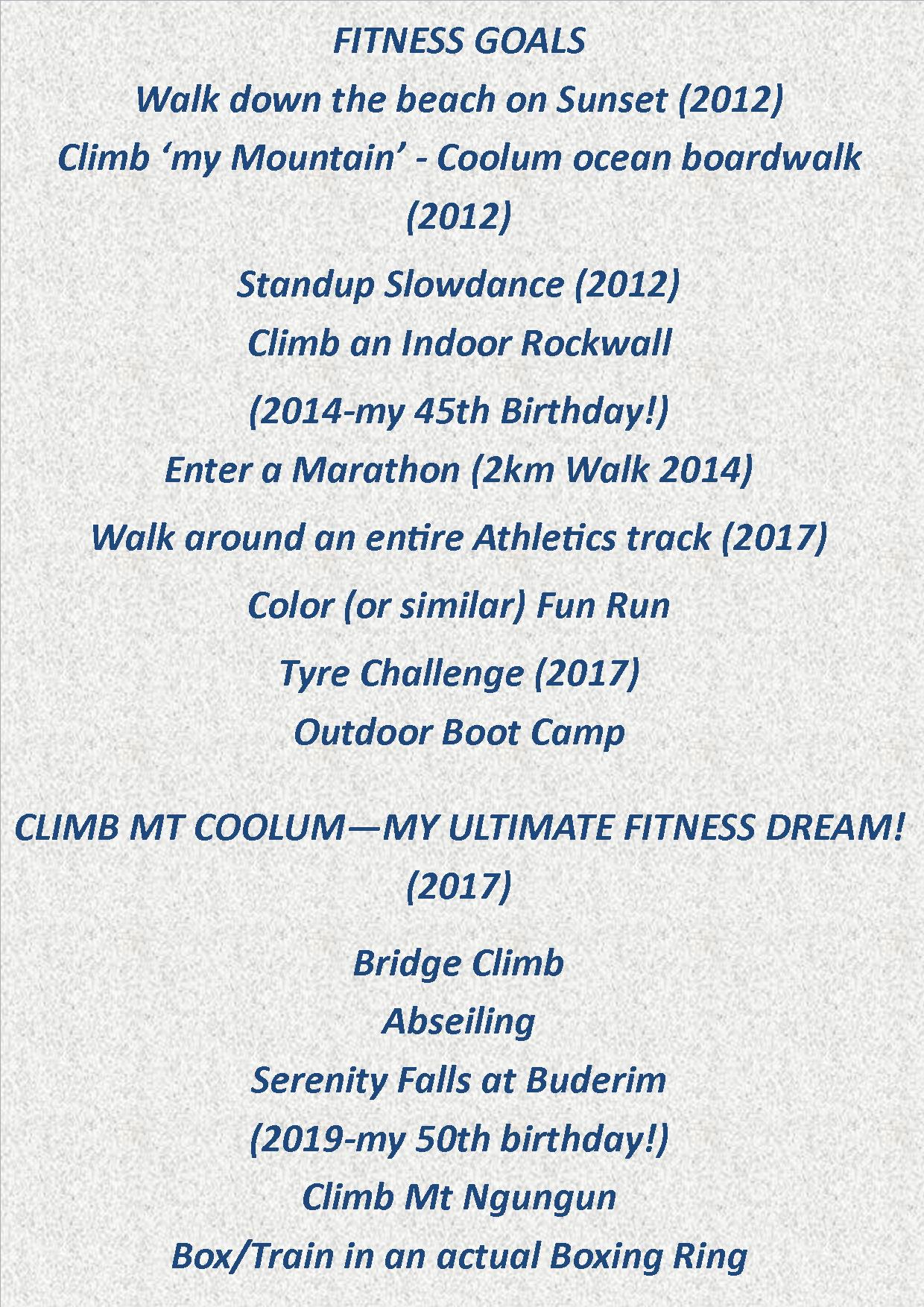