On the morning of May 9th, 2012, I woke up with an awesome sense of excitement – the scene from Neighbours which I had travelled down to Melbourne to experience and shoot, was to be shown TONIGHT!  I was going to be on the television again – Wow!  I was going to see the scene which we had shot, on Day One, of my magic two-day Adventure when I flew down to Melbourne in February.  All the memories of that magic time in my life….the two days which changed my life in such a special way, came flooding back.  SO much has happened in that time, it really is hard to believe that it is only just over two months ago!

As the day was coming to a close, my excitement levels grew, I was…curious…excited…proud…and SO looking forward to seeing myself in a show which is shown in many homes, across this country and around the world.  I had no idea at this point just how much of me could be seen…all Iknew was ‘you can be seen’.  But, that was enough for me, even if it was just a glimpse – I had already had the awesome experience of being on the set, meeting the cast, crew and staff, and being treated to a behind the scenes tour of how the show is recorded and put together.  Even just the behind the scenes tour was enough of a magic experience for me – actually seeing myself, IN the show, was going to be the yummy icing on the cake.

I headed around to a friends place, we were going to be watching the show on her big screen TV – it is massive….’haha this is going to be interesting seeing myself on such a big screen,’ I thought.  Inside, I hoped that I would get just a little more than a ‘glimpse’ of exposure in the background…and as the show started I was soon to find out that I certainly did get more than a glimpse!

My friends and I sat there intently watching the show, me waiting till some familiar faces, words and scenes appeared, so as I would know that ‘my scene’ wasnt far away.  As soon as I saw Collette Mann in her purple shirt (the shirt she was wearing when I met her), I got SO excited…”She was wearing that on set, in my scene!!” I yelled…haha..  The show continued without my scene showing yet…another ad break came on….’where am I?’ I thought…the ad break finished – next minute – “LOOK THERE I AM!!!” “LOOK THERE YOU ARE!!!”….we yelled, and then burst out laughing!  I couldnt believe it (although I knew that that was part of the scene I shot) I was shown in the very FRONT of shot, wandering across the screen….’how bizarre’ I thought, it really was surreal, to see me on telly!  But…there was more!  As the scene continued, it then crossed to my ‘friend’ (the extra I shot the scene with), and I got SO excited again – I knew that they would pan over to the right….and sure enough they did…and there I was AGAIN!! haha….awesome!!

When my scene was over, we all just burst out laughing and chatting away about it, I was so proud of myself.  Once again, I had taken an opportunity, and this was the result – being shown on national television.

*as an extra special bonus, I got a phonecall the next morning from The Circle staff, asking if they could show the vision of my Neighbours scene on the show, and mention what I have said in the past about ‘the magic of a tick’ – that its not just ‘ticking something off of a list’ – these two days really did change my life in such a magical way – as has this whole journey since I started it.  So, as it turns out, I was on national telly, two days in a row – Wow!  Again, I felt such a sense of pride and excitement – which is happening SO much lately.

Life…grab it with all you have got – it is SO worth it! 😀

*Exciting Update!  A week after my Neighbours appeared on screens across Australia – it was shown in New Zealand…WOWzers!!  What a buzz!* 😀

Anything is Possible….even being on telly!

#11. Grow a successful edible garden, without killing it! – Tick!

#67. Track down a racer who has handcontrols in his racecar – Tick! 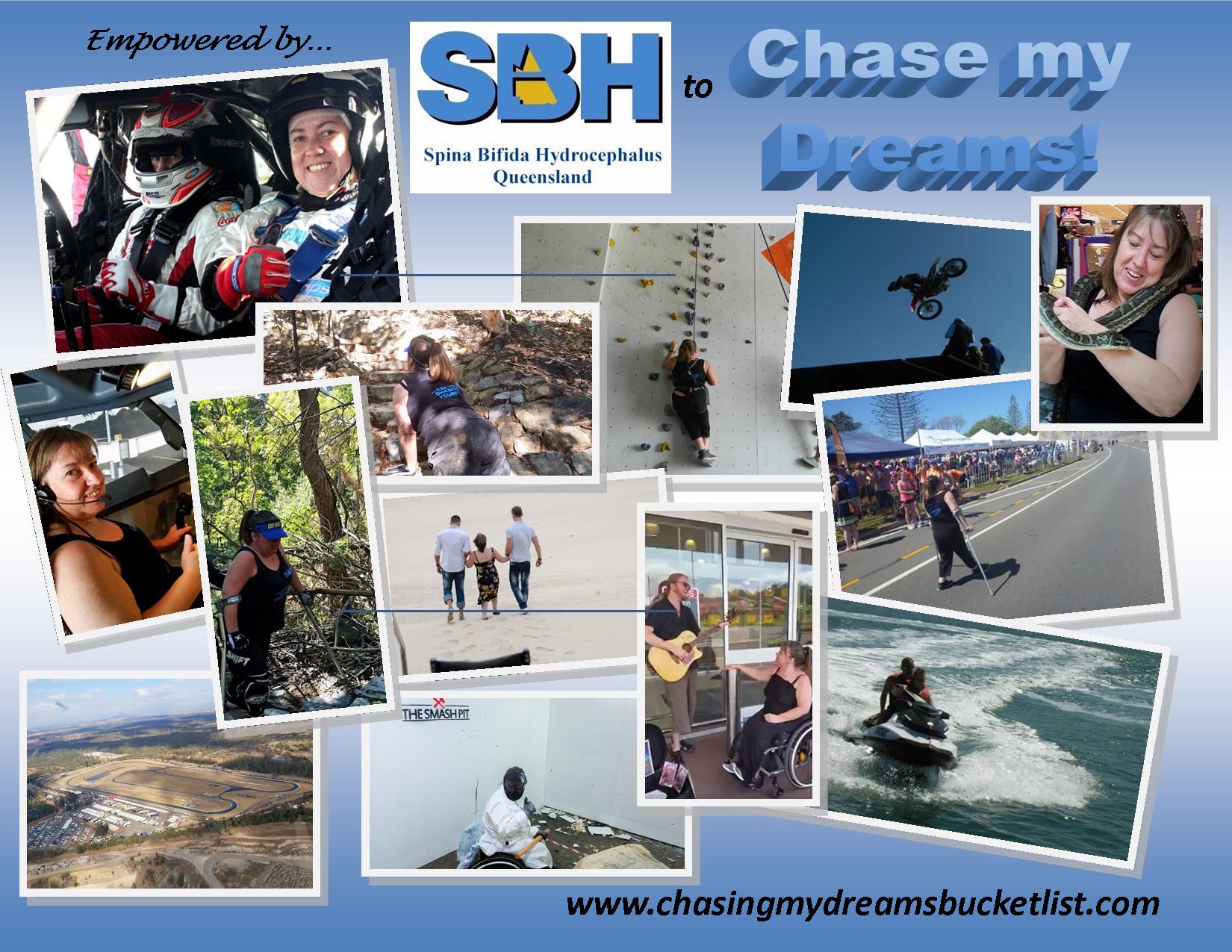